Despite taxpayers’ initial reluctance to the use of SII, there is no doubt that this system is on its way to becoming as one of the best tools of the Spanish Tax Administration in order to fight against tax fraud. For this reason, we should be getting used to its constant updating and improvement.

Royal Decree 1512 / 2018 which modifies certain aspects of the VAT ruling and invoicing obligations, with effects as from Jan. 01, 2019, has recently been published.

In the area of SII and once the first implementation phase to apply the new system of electronic VAT registries bookkeeping has been overcome, it has become necessary to modify certain of its aspects in order to facilitate the voluntary inclusion in this new tax compliance system.

With the same purpose, the new regulations establish the information that must be supplied by taxpayers in relation to the calendar year in which they are included in the system, prior to their registration.

✔ With regards to SII and up until this change of regulations, taxpayers willing to be included in SII throughout the calendar year were obliged to communicate their election during the month of November previous to the start of the year in which it had effects.

From January 2019, the election can be exercised at any moment in the calendar year in which it must have effects. The taxpayer shall be included as from the day subsequent to that in which concludes the liquidation period when the option has been exercised.

✔Taxpayers that have exercised this election are obliged to send the invoicing registries corresponding to the period previous to the recording, of the same calendar year, up to the date of inclusion. This can be done from the day of start of such inclusion up until the 31st December of the same year.

In relation to the VAT Registry of Capital Goods, it must contain all the entries of the year, even those corresponding to the period previous to the inclusion. 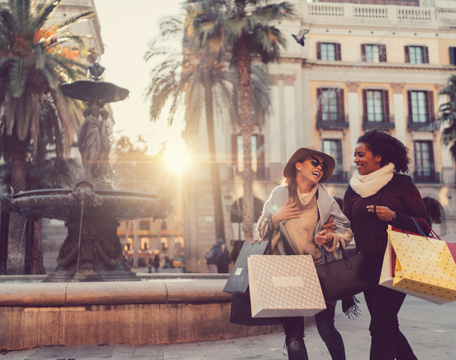 ✔ Up to Dec. 31, 2018 and in order to obtain VAT refunds in the Travelers’ system, it was permitted to use the invoice issued by the reseller as well as the so – called “Electronic Document of Reimbursement” (DER). As from Jan. 01, 2019, these VAT refunds are only accepted If they are justified with this latter document, which has to be supplied by the reseller to non – EU tourist travelers, in order to apply for their VAT refund.

Double Taxation Treaty Is Ready in Spain and Andorra

Hence and in the area of the information to be supplied with respect to the VAT Registry Book of Supplied Invoices, the reference to the DER has been included. It must be informed before day 16 of the month subsequent to that of the liquidation period in which the VAT adjustments is included.